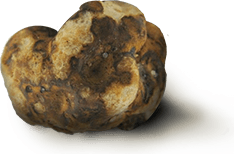 Ordered on monday, received it on friday.
My girlfriend and i have ordered 2 portions atlantis.
We both eat the whole bag in once.
Visions started after 40 minutes. It was not strong as LSD, but colours where changing and objects got strange sizes. We bot had to laugh a lot.
It took around 3 hours before the effect became weaker.
After 5 hours i did not felt anything, except being tired.

Good product! next time i try another kind of truffle.