How Long Do Shrooms Stay in Your System?

If you’re reading this, you probably already know what to expect from a psilocybe mushroom trip, and you’re hopefully familiar with the basic science of how they interact with the brain. But after you’ve taken them, how long do they stay in your system? Well, if you’re concerned about your ability to pass a drug test, the short answer is that any magic mushrooms you’ve consumed should be undetectable in your body after about 24 hours. However, there are a handful of outside factors that may affect how long the shrooms stay in your system. In this hour, I’ll give you a chronological explanation of how it all works, from the time you ingest the mushrooms until the end of the maximum time during which the shrooms remain detectable, by any means.

Assuming that you’re eating your mushrooms on an empty stomach, you should begin to feel the effects between 20 minutes and an hour after you take your dose. If you’ve eaten recently, it may take up to two hours for them to kick in. You should reach the trip of your peak around 2 hours after ingesting the mushroom. Your trip’s intensity will likely hover at about the same level for a few hours – as few as 2, or as many as 6, in most cases – and then you’ll start coming down. You may experience some more minor lingering effects for a few more hours before returning to normal.

The shrooms’ major effects will disappear a few hours after the end of your trip. A very minor shift in your perception may be felt for up to 24 hours afterward, but after that, even that minor alteration will be gone. So, in short, after 24 hours, there are no physical residual effects. Long before that 24-hour period is up, all of the psilocin (the psychoactive compound that your body converts the psilocybin into) will have been processed and eliminated by your kidneys, so there are no lingering chemicals in your body that could still cause any effects.

However, ongoing mental effects can be a slightly different story. If that sounds scary, don’t worry – I’m not talking about “brain damage” or any permanent physical alteration. A psychedelic trip can be an intense experience and an opportunity to explore your mind and the universe more deeply than you have before. Areas of the brain that don’t usually connect can communicate due to psilocybin’s effect on the brain’s serotonin receptors, allowing you to board trains of thought that are too strange and abstract for the unaltered mind to comprehend or conceptualize.

All this to say, some of the thoughts that you generate during your trip may take some time to digest. You may find yourself fascinated with some of the thoughts and sensations that you experienced while tripping, and you may find yourself revisiting some of the ideas that floated through your mind along with the psilocybin. Of course, they’re likely to make less sense once you’re “sober,” so you’ll likely find that these ideas and concepts become hazy rapidly, and eventually they may slip away almost completely. Aside from that, there is some research that suggests that you may be able to hold onto some of the positive effects of the trip. In some ways, psilocybin can reset your brain, which allows you to free yourself from repetitive, possibly unhelpful ways of thinking about things. It can broaden your mental horizons, and allow you to see things from new perspectives.

Many users of psilocybe mushrooms report experiencing deep feelings of connection between themselves and the rest of the universe, and heightened feelings of empathy. To some extent, these feelings can persist, along with the possibility of permanently increasing your ability to open yourself to new ideas. In this dimension, the idea that psychedelics can open your mind is scientifically supported.

Standard urine tests come in a few varieties, and they don’t always test for the same things. However, they can potentially test for marijuana, cocaine, methamphetamine, opiates, PCP, benzodiazepines, barbiturates, methadone, propoxyphene, Quaaludes, extasy, and a variety of prescription drugs that may make certain types of work unsafe. They do not test for psilocybin, and even if they did, your body will have processed and eliminated all of the psilocybin within 12-24 hours. On average, it should be undetectable past 15 hours after ingestion. Similarly, it will be undetectable in a blood test after around 13 hours.

Psilocybin is eliminated quickly, however some urine tests can detect the metabolite psilocin that the body converts psilocybin into, indicating that you have used magic mushrooms recently. There isn’t enough research to say exactly how long psilocin can be detected in urine. Still, we do know that the metabolites of other drugs with similar rates of metabolization (for example, cocaine and amphetamines) can be detected in urine up to three days after use. From that, we can guess that there is a chance that psilocin might still be detectable in the body during that same time frame, though it is very unlikely for it to stay in your system longer than 15 hours.

Finally, I’ll talk about hair drug tests. This type of test is less common, but more effective, as they can detect traces of a substance up to 90 days after ingestion. Regardless of what substance you take – whether it’s about mushrooms, cocaine, or marijuana, it is all detectable in a hair sample if you’ve taken it within 90 days. 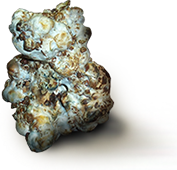 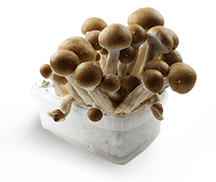