Nature is full of strange and wonderful plants, several of which are well-known for their ability to temporarily alter the function of the human brain. Psilocybin-containing mushrooms, peyote, ayahuasca… the list goes on. Nature is full of psychedelics, as well as things that are even stranger: for example, the Hawaiian Stinkhorn, a suitably phallic-shaped mushroom that has been shown to cause arousal in women who inhale its scent, and can even cause spontaneous orgasms.

Humans have been known to manufacture their own hallucinogens for thousands of years, taking substances provided by nature and modifying them to suit our desires. However, there is one other creature that (inadvertently) also manufactures a hallucinogen – the Himalayan cliff bee.

At more than 3cm long, this honey bee is the largest in the world, and is known for producing “mad honey” (or deli bal in Turkey): a dark, reddish honey that can induce hallucinations. In the area the honey is produced, it is frequently sold and used as a folk medicine. It isn’t the bees themselves that produce the hallucinogenic compounds found in the honey, though; these come from the rhododendron flowers that the bees feast on.

There are more than 700 different rhododendron species, but only two or three contain the grayanotoxin that the Himalayan cliff bees use to make their trippy honey. As the name “grayanotoxin” implies, the compound is poisonous. However, in the form of Mad Honey, it can be quite pleasant.

People living in the area the honey is found eat the honey in small amounts. One traveler in the area found that just a teaspoon full of the stuff was as much as he dared to eat – after that, he was already lightheaded. The honey is bitter where other honeys are sweet, and locals know how much they can eat comfortably and responsibly.

Visitors, on the other hand, have been known to overconsume. In larger quantities, Mad Honey can cause low blood pressure, arrythmia, nausea, numbness, blurry vision, fainting, seizures, and hallucinations that are more potent than many individuals might find pleasant. In rare cases, there have even been deaths resulting from overconsumption of Mad Honey.

For this reason, the owners of shops that sell the substance rarely advertise it – it’s there, but only for those who already know about it. However, this appears to be at the shop owner’s discretion. The honey is legal in Turkey, and there are no barriers to buying or selling it. Of course, that’s once the honey has made its way into the shops. Harvesting the honey is a different story.

Related post
What to Expect on Your First Psychedelic Trip?

Some hives are low to the ground, and can be accessed fairly easily. Others… Well, they’re not called Himalayan cliff bees for no reason. Some local honey harvesters undertake the task of climbing to insane heights – 2500 meters or more – to harvest the valuable honey. And keep in mind, that honey is guarded by the largest bees in the world. If you’re curious about the process, you can view the documentary “Hallucinogen Honey Hunters” on YouTube for free. It’s fascinating, and well worth a watch! 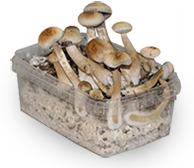 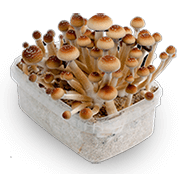 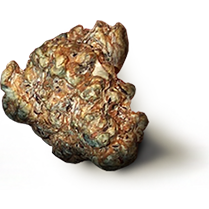